Brief encounters with nice folks. And some mostly unrelated pictures from Chicago.

Trump Tower, seen from the El

When the Republican Convention came to Chicago in 1944, The Billy Goat Tavern posted a sign saying “No Republicans Allowed.” Soon the joint was crammed with Republicans demanding to be served. Savvy as hell

A dive bar owner, drunk, profane, lovely
“What can I get you motherfuckers? Draught beer? We ain’t got no draught beer here. Choose again. Where you from? Norway!? Okay, you like it strong, I’ll get you some bottles with some oompf. See that couple in the corner? They’re from New Fucking York so you ain’t the only ones who don’t belong here. Where you going now? South? Okay, you gotta stop by this church I know of. It’s the nicest motherfucking church in the United States’ hemisphere.” 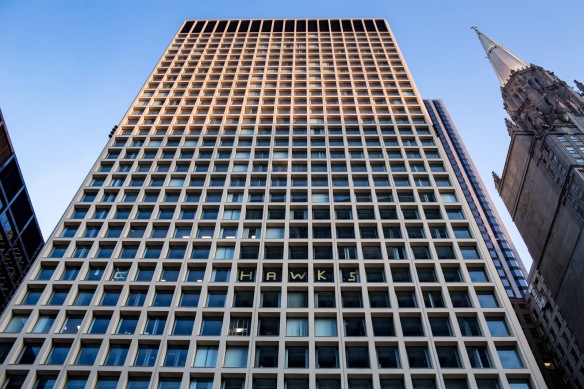 Every time the Chicago Blackhawks win the Stanley Cup, Post-It expences are off the charts

The entire population of St. Louis, trying to cram themselves into one MetroLink Car on the night of July 4.
Really, I don’t think I’ve experienced public transport this packed outside of an African minibus (you know the kind, registered to carry 16, modified to carry 24, carrying 36).

Would you like the lucky horse shoes or the diamond encrusted American flag cufflinks to go with your loafers?

Two drunk girls with a camera
“Hey gorgeous – we love your hat. You have the best shirt we have ever seen. Please will you let us two girls take a picture with you?”
(No, I won’t. While my hat is brilliant, my shirt is only so-so. Besides, you threw a whiskey cork at me to get my attention.)

The five year old at the zoo searching an empty rhino pen with her eyes, finding only the stray rabbit
“That’s not a rhino is it?”
(“Yes,” I told her, “it is. The Northern, white-furred mini-rhino is extremely well adapted to the barren, snowy landscape of the Chicagoland winters.”) 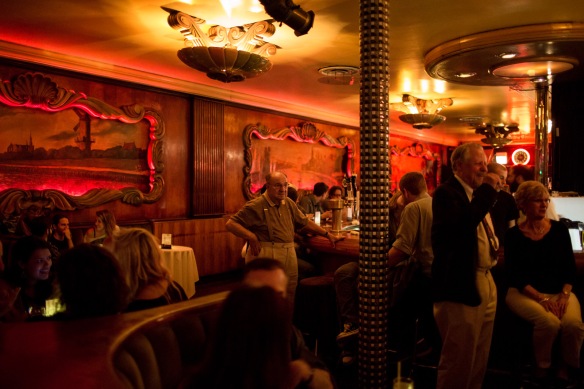 The Green Mill. Come for the jazz, stay for the restroom wall prose

The Chicago waitress taking my girlfriend’s order
“You have the best accent. Would you mind a lot if I tried it?” 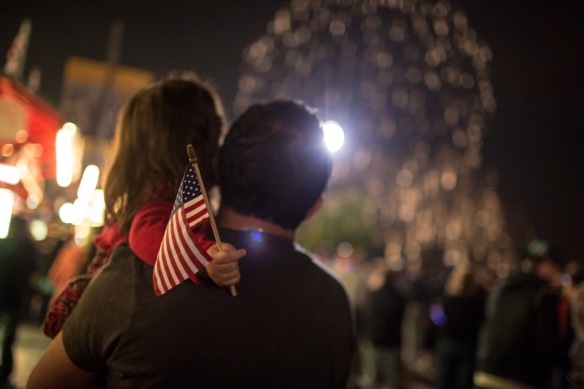 July 3. Warming up with some light firework

9 thoughts on “Some People. And Chicago”