Ever had a staring contest with dinner? 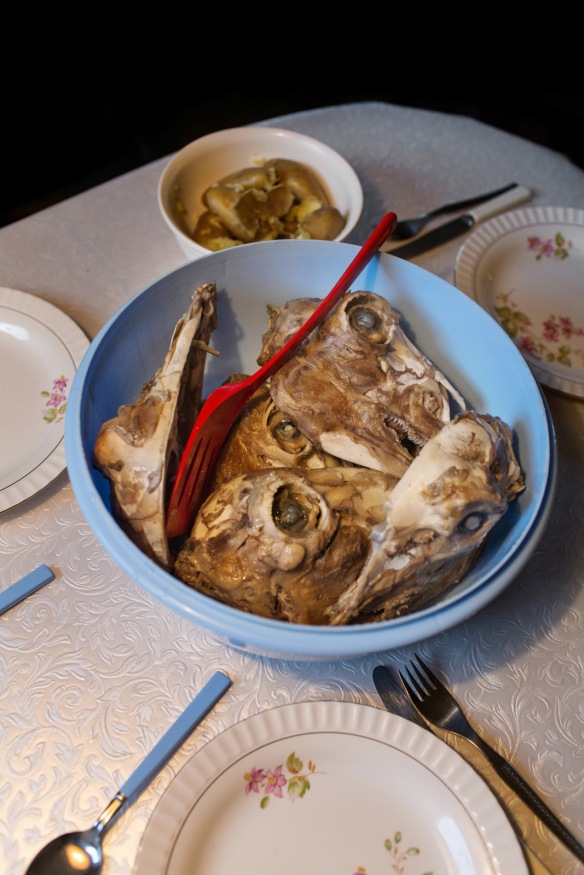 When I photograph food for clients, we’re usually speaking of the gourmet stuff, prepared and styled to look its very best: let’s say scallops hand picked by the restaurant’s own divers, seared to perfection and carefully arranged in their shells on a sculpted mound of sea salt and… you get the picture. All at a price point that could probably get you a decent secondhand car in any former Soviet satellite state. 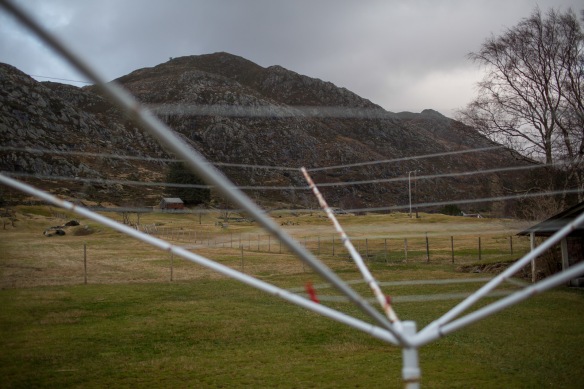 This is of course pretty far removed from what most of us consider everyday meals. But on the opposite end of the scale, and for many as equally removed from the everyday as a Michelin starred restaurant, you find the hardcore tradionalism. Food customs observed through nostalgia, mostly by the older generation. Such as Skull Sunday.

Let’s set the scene. I wake up in a tiny bedroom in my grandmother’s house on the island of Bremanger. My dad or perhaps one of his brothers must have slept here as a kid. Old music posters of Ian Anderson, Marc Bolan, Suzi Quatro and some local 70s bands unheard of even in Norway are still gracing the walls, or rather, covering holes in even older wallpaper. Fat, lazy winter flies are buzzing like small drunken helicopters. Gusts of wind reaching storm strength are shaking the entire house, having torn off the roof of a community house a few nights before. In a basement periodically flooded, on an old electrical stove top, sheep heads are boiling.

Skjeltesøndag – literally “skull sunday” – is traditionally a local variation on the old concept of the dirty Sunday, the last Sunday before Christmas when after cleaning the house one was allowed to wear everyday clothes to the dinner table, to save one’s formal attire for Christmas. In the same vein, one was also supposed to save the good foods for Christmas, on this day eating lesser foods such as the heads of sheep. Only that somewhere along the way sheep heads made the transition from a lesser food to something of a celebration in itself. A delicacy, actually.

Is it any good?
Actually, the meat is quite tasty, this is after all, just lamb meat. But I’ll willingly admit that I find the overall experience quite disturbing. There is something about food that stares back.

Speaking of which – do you eat the eye?
Hell no. But my great grandmother did. Lustily, I am told.

Is it even legal?
Lamb heads are. Adult head production is forbidden due to fear of scrapies.