A long day of zombie literature at the beach takes its toll. 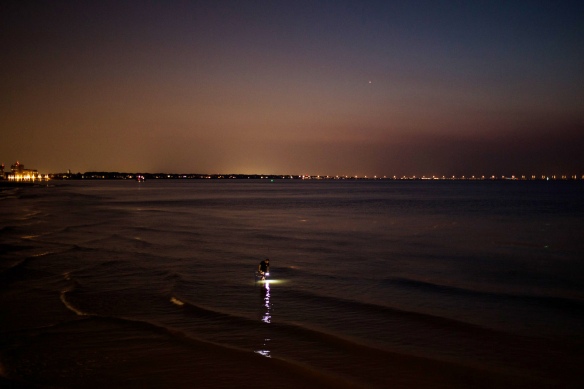 The last time my thighs saw proper sunlight was a December morning in 2010, on my first day off after covering the United Nations Climate Change Conference in Cancun, Mexico. I was only supposed to take a morning stroll along the beach, then I happened to accidentally swim in the Caribbean Sea, drink beer and watch pelicans for six hours.

Yesterday I stumbled upon a beach yet again. Supposedly the longest pleasure beach in the world, our arrival at Virginia Beach’s oceanfront was not really that accidental. And for once we also decided to forgo all of downtown’s delights and just have a day at the beach. This allowed me to catch up on some zombie survivalist literature.

Speaking of World War Z – In a breakfast room.some hundred motels ago, I met a ten-year old kid who was really concerned about post-zombie-apocalypse-gun-legislation: “The government can’t ban guns if there’s ever a zombie apocalypse, can they?” he kept asking his dad. His dad mumbled something incoherent while trying to get the waffle iron to work. But the kid, I’m sure, will grow up to be a fine and vigilant gun crazed paramilitary buff.

Of course – when the zombie holocaust really hits us, it’s not the zombies themselves that will kill most of us. No, most people will die from the lack of clean water supply, from dehydration from all the running. Yep, it’s the little things that will get us. Like forgetting to apply sunscreen to your legs. 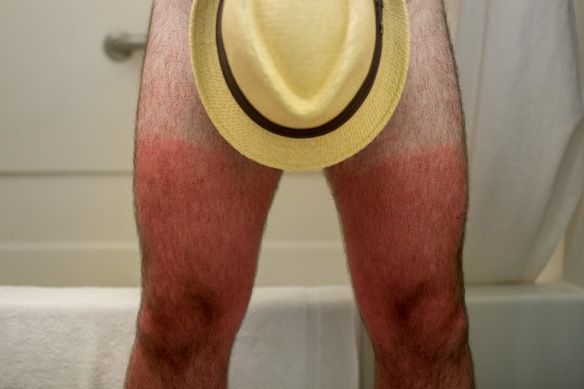 Seems my thighs didn’t do the transition from the gentleman’s long trousers to shorter swim shorts quite as well as I had hoped.