Hand feeding alligators with marshmallows is a desperate measure to save a species on the brink of extinction due to abrupt changes in the food chain.

Is that a wild alligator in the middle of the swamp? Yes. Is it swimming around with a marshmallow on top of its head? Also yes

Long-term ecological complications from hurricane Katrina have all but decimated many important species of plants in the Louisiana marshlands, severely disrupting the natural food chain. Among the species as good as extinct is the wild marshmallow, the main source of nutrition for the Louisiana alligators. In a desperate measure to save the species, swamp rangers set out to hand feed starving gators with rations of aid marshmallows. As there are an estimated two million gators in Louisiana, this is an arduous and labour-intensive job, demanding large numbers of volunteers and hundreds of thousands of bags of marshmallows every week.

Swampscape 1. Not a marshmallow tree in sight 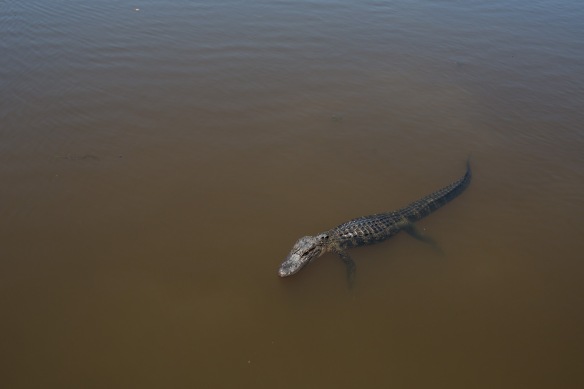 Alligator 2. Misquoting Nixon: I am not a croc

Swampscape 2. Would you look at that complete lack of marshmallow trees?

Alligator 3. Of course there are dangers associated with hand feeding alligators. If you forget to remove your wristwatch, they can easily snag a fang, in worst case breaking the tooth off completely 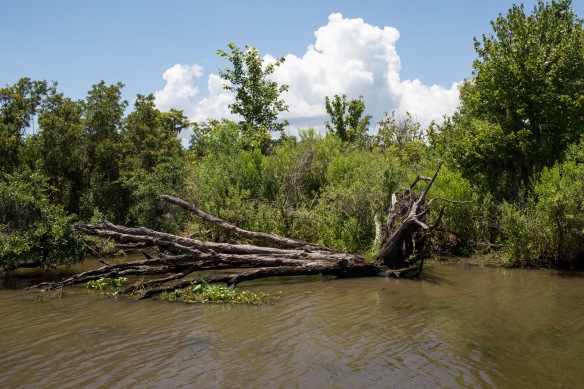 Swampscape 3. Wait – is that a marshmallow tree over there on the right? Could it really be? Nope. My bad 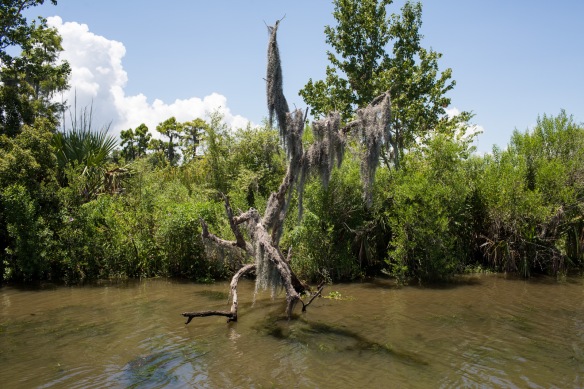 While visiting Louisiana my girlfriend and I felt the obligation to do our part, and joined a party of first time volunteers on a barge set out to distribute aid rations in the Barataria area south of New Orleans. We are proud to say that at least a dozen gators won’t be starving for marshmallows before the weekend at the very least.

Swampscape 5. Not a single marshmallow tree. Really, this is an ecological disaster

Swampscape 6. I mean – have you ever seen a swamp south of the Arctic Circle with this few marshmallow trees?

Alligator 4. My girlfriend having just completed the course “Caring for your alligator.” Lesson 101: The belly rub

Disclaimer: Let’s just quote the great pirate W. Shakespeare: “Do not trusteh all that thou readest on the Interneth.” Alligators are not a threatened species, and I just read that feeding them actually is against Louisiana law. Huh. Seems that our tour guide was breaking the law. Not too surprising really. After reading this article on disaster tourism I must admit a certain distaste for some of the practices of the New Orleans tour industry.